Human bodies not only have physical presence, but have spiritual presence as well. Within us are energy centers, or chakras, that allow our bodies and minds to coalesce, or merge, when activated. In yoga, many techniques and asanas (yoga postures) can allow the practitioner to utilize various chakras, providing a sense of comfort, freedom, liberation and relaxation throughout all areas of life.

There are many interpretations and beliefs regarding chakras, and the number of existing chakras varies throughout different teachings. In Western culture and many modern schools of thought, seven is the most common number associated with the major chakras in the body. Life force flows between our chakras, where energy is both absorbed and distributed. Each chakra is unique and located in a different area of the body, relating to specific functions, issues and spiritual levels. They are located vertically along the spine, beginning at the coccyx and ending at the head. Because each chakra is different and controls varying aspects of being, different yoga poses must be utilized in order to activate or open a chakra — especially if that chakra is blocked and no longer functional or accessible. 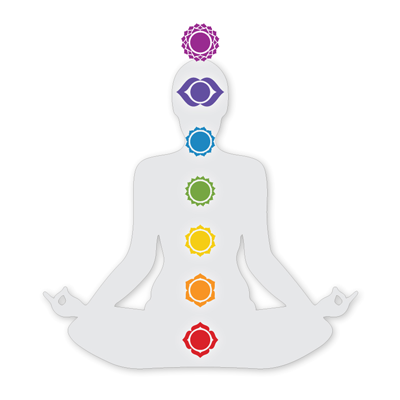 Chakras can be blocked due to stress, anxiety or spiritual deprivation, and can also be the cause of these symptoms. When a chakra is blocked it can lead to a physical and/or emotional downturn in the area controlled by that specific chakra, which can severely inhibit a person’s ability to function healthily. Over-accessing a chakra can also be spiritually and physically detrimental, generating too much energy flow to one area in excess. This can lead to lack of restraint, over-indulgence, sexual promiscuity, emotional outbursts and other over-stimulated or exaggerated responses.

In order to resolve the imbalances between your chakras, various yoga poses can be performed to open specific chakras while leveling out the energy in others. Chakra-focused yoga techniques are sometimes more about the mind and less about the movement, though generally the mind and body are equally focused upon. Splitting attention between the mind and body is crucial in assimilating the two, which is the ultimate result of having control over your chakras. Utilizing proper, steady breathing techniques is also an important factor in opening and steadying chakra and energy levels.

By opening the chakras and maintaining a steady flow of life force through your spiritual channels, many spiritual and physical benefits are believed to occur. Not only will there likely be an increase in relaxation and mental clarity, but a decrease in restlessness, tightness, stiffness and fatigue may occur as well. Healthy, functioning chakras bring balance and well-being to our lives, and are even believed to help prevent the onset of physical, mental and spiritual disorders.

Represents our foundation and feeling of being grounded

Represents our emotional and intimate needs and desires

Represents expression of love, compassion and forgiveness of self and others

Represents communication and expression of truth, feelings, creativity and self

Represents psychological, intellectual connection to and understanding of oneself and others